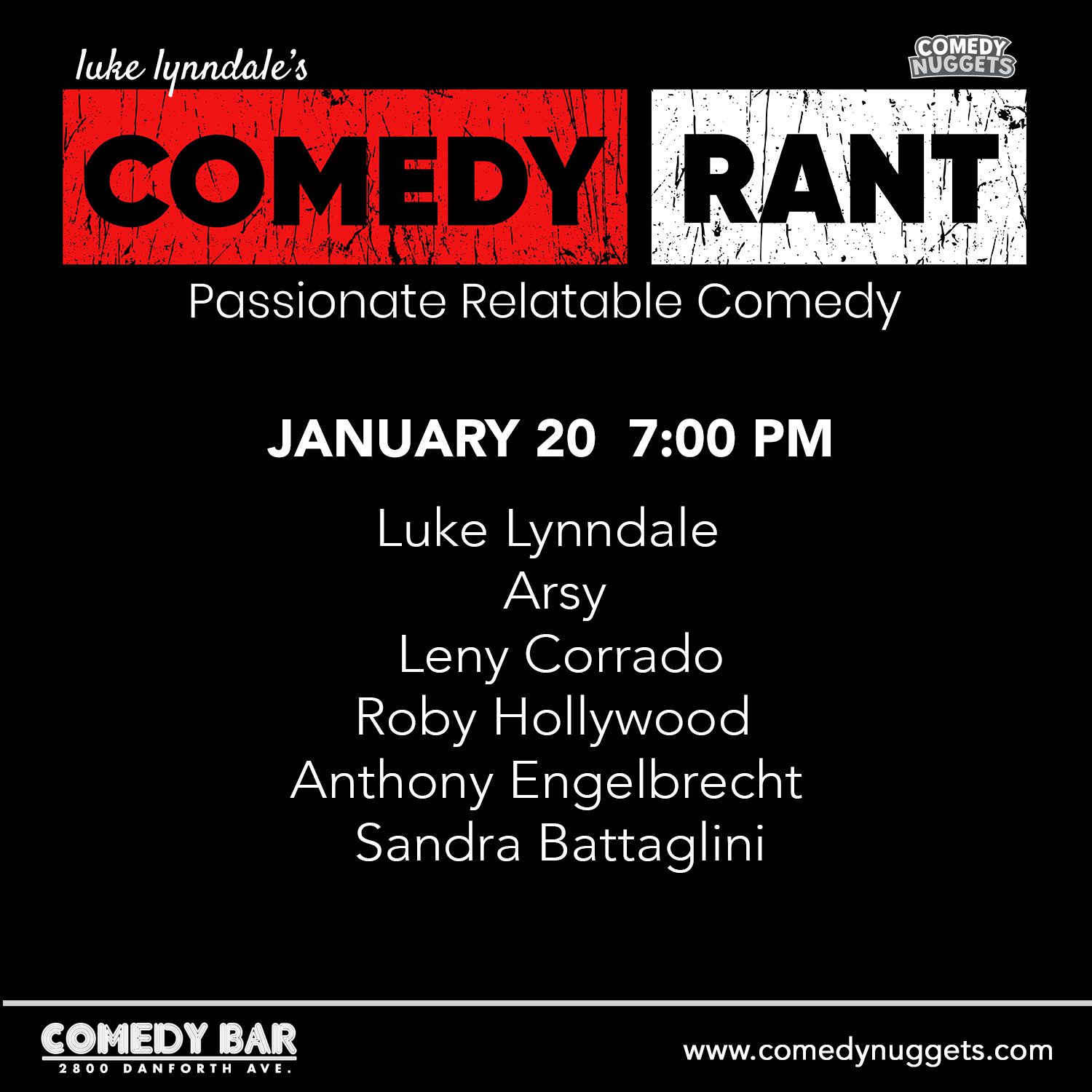 Comedy live on The Danforth! Comedy Rant is a fully improvised standup show where comedians must deliver their rant based on a list of topics they’ve never seen before.

This is a passionate relatable comedy show that will make you feel better about the world or hate it more.

Rants for those that want to laugh.

– Comedians featured at Yuk Yuks, Absolute Comedy, Jokers Comedy Club, and more
– An Evening that will have you Roaring with Laughter