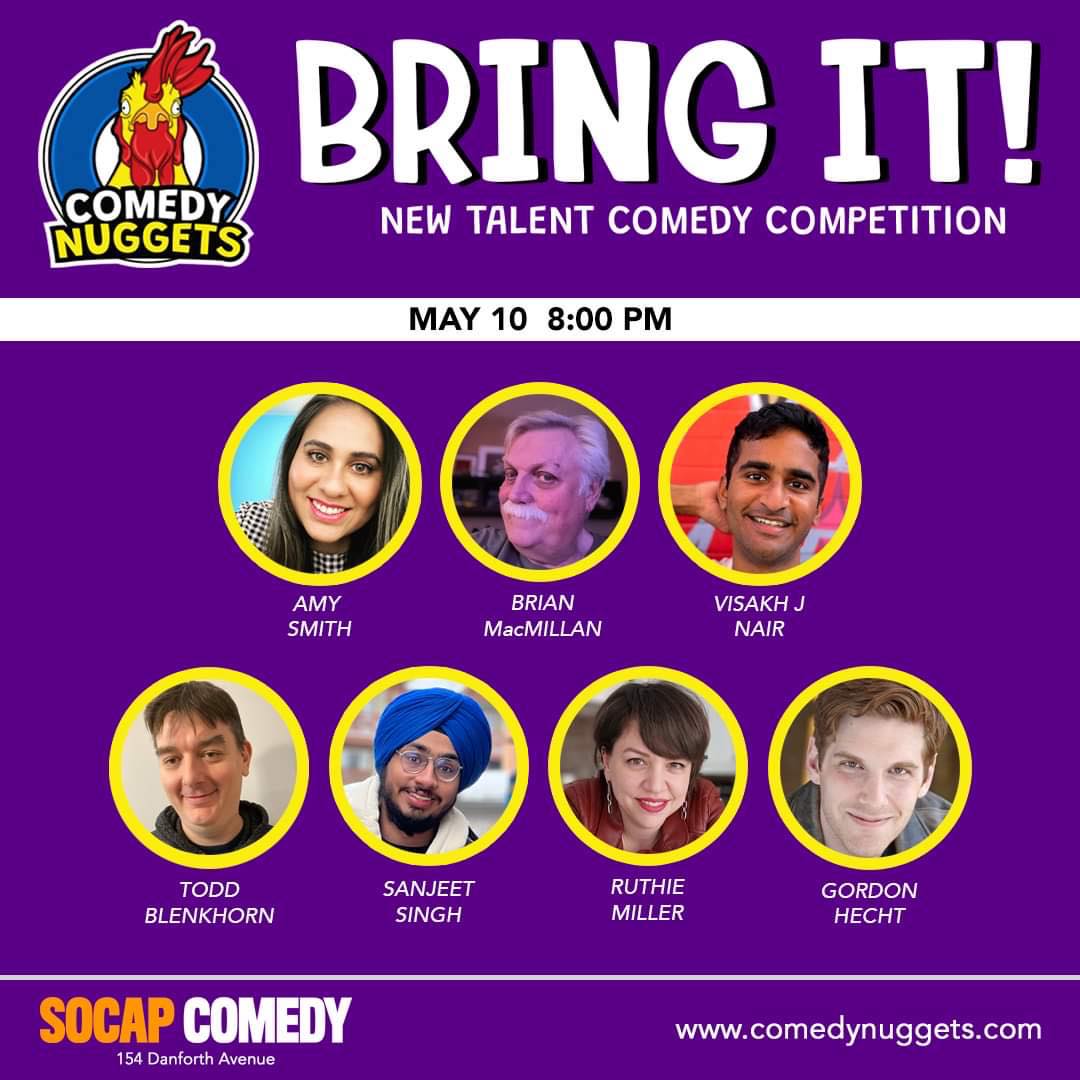 Comedy Nuggets presents the Bring It! New Talent Comedy Competition. The show will be comprised of 7 new stand-up comedians (performing for 24 months or less) doing 5 minutes each and a headliner closing the show. At the end of the show, audience members will select their top 3 contestants. The winner will receive $100 and a paid spot in Best Stand-Up Set.

LUKE LYNNDALE
Luke Lynndale is a Toronto-based comedian. When Luke is performing, hang on for the ride – it’s fast and hilarious. In March 2022, Luke did a mini-tour of LA, including spots at Flappers Comedy Club and The Venice West. During the pandemic, Luke performed in the New York Underground Comedy Competition (New York, NY), Salem Comedy Festival (Salem, PA), and the U.S. Comedy Contest (Las Vegas, NV). In 2020, he was a finalist in the Comedian of The North Comedy Competition (Thunder Bay, ON) and performed in the Vintage Improv Festival (Boston, PA). In August 2022, Luke will be performing in the Queen City Comedy Festival (Charlotte, NC).

HISHAM KELATI
Hisham Kelati is a Toronto-based stand-up comedian and writer known for his vivid and engaging storytelling. He performed at Just for Laughs as part of the New Faces Showcase in 2019. That same year he was nominated for Best Taped Performance at the Canadian Comedy Awards, and won Host of the Year at the Toronto Comedy Awards. Hisham has opened for Saturday Night Live’s Chris Redd, and WTF Podcast host Marc Maron. He’s performed on CBC radio’s Accent on Toronto, is a writer on CBC’s hit sketch show TallBoyz, and can currently be seen on CTV’s The Stand Up Show with Jon Dore! His debut comedy album Tigre King was released in May 2021.

JAY HUNTER
This knucklehead from Detroit joined the Navy to see the world. He soaked up some culture and developed a love for science. Civilian life gave him an engineering degree, a big boy job and the appetite for more. He took a hefty bite out of the comedy bug. During the day, just your mild mannered engineer. But by night, well, he tackles the big issues, from political correctness to Garth Brooks. This tall drink of caramel milk does a body good.