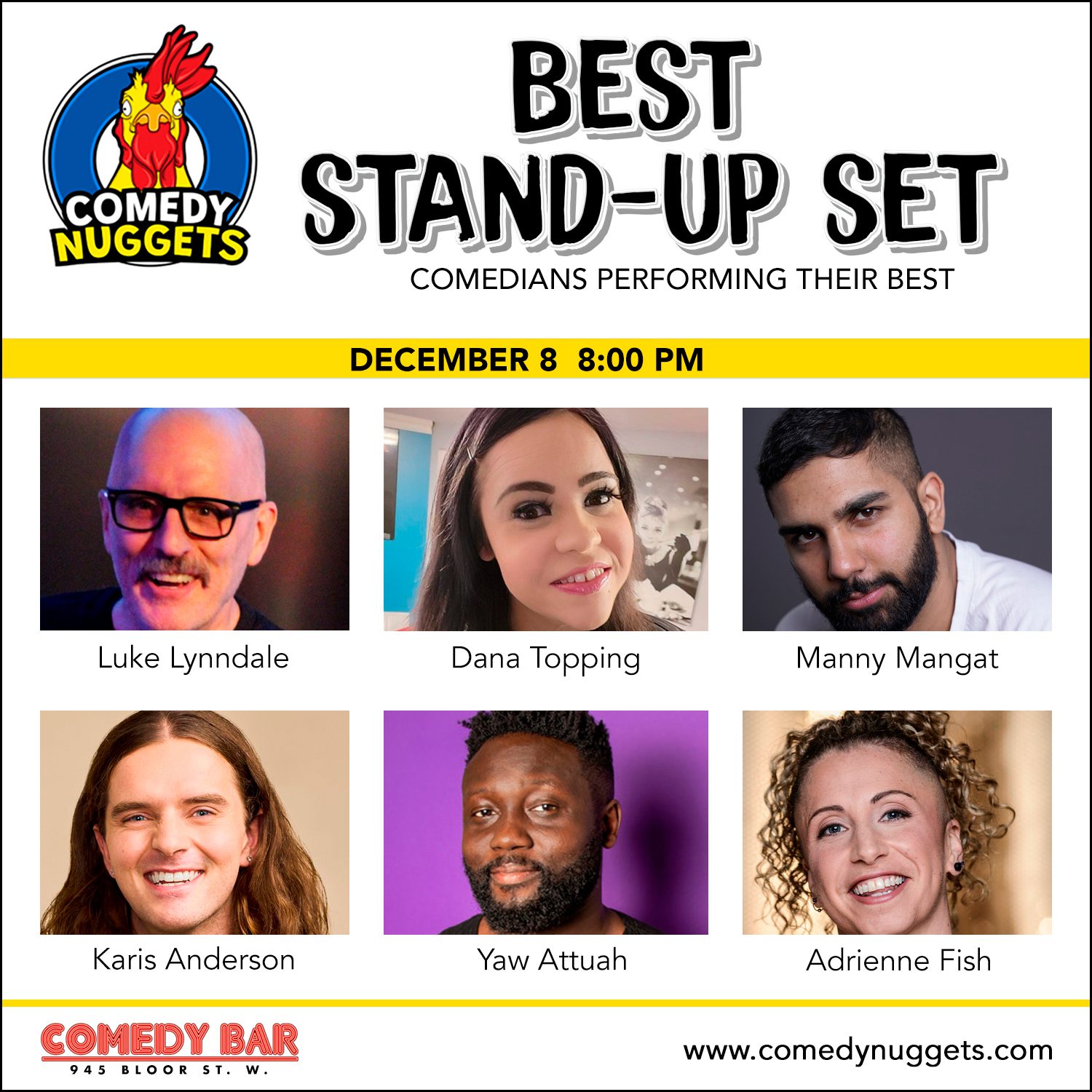 Best Stand-Up Set is one of the best comedy shows at Comedy Bar. We showcase pros and upcoming comedians, all doing their best material. Best Stand-Up Set comedians appear at festivals across Canada and the U.S.

Lineups are always full of comedians who have performed at Just For Laughs, Yuk Yuk’s, Absolute Comedy, as well as many other clubs and festivals. These comedians are on the rise. Audiences always leave loving the Best Stand-Up Set show.