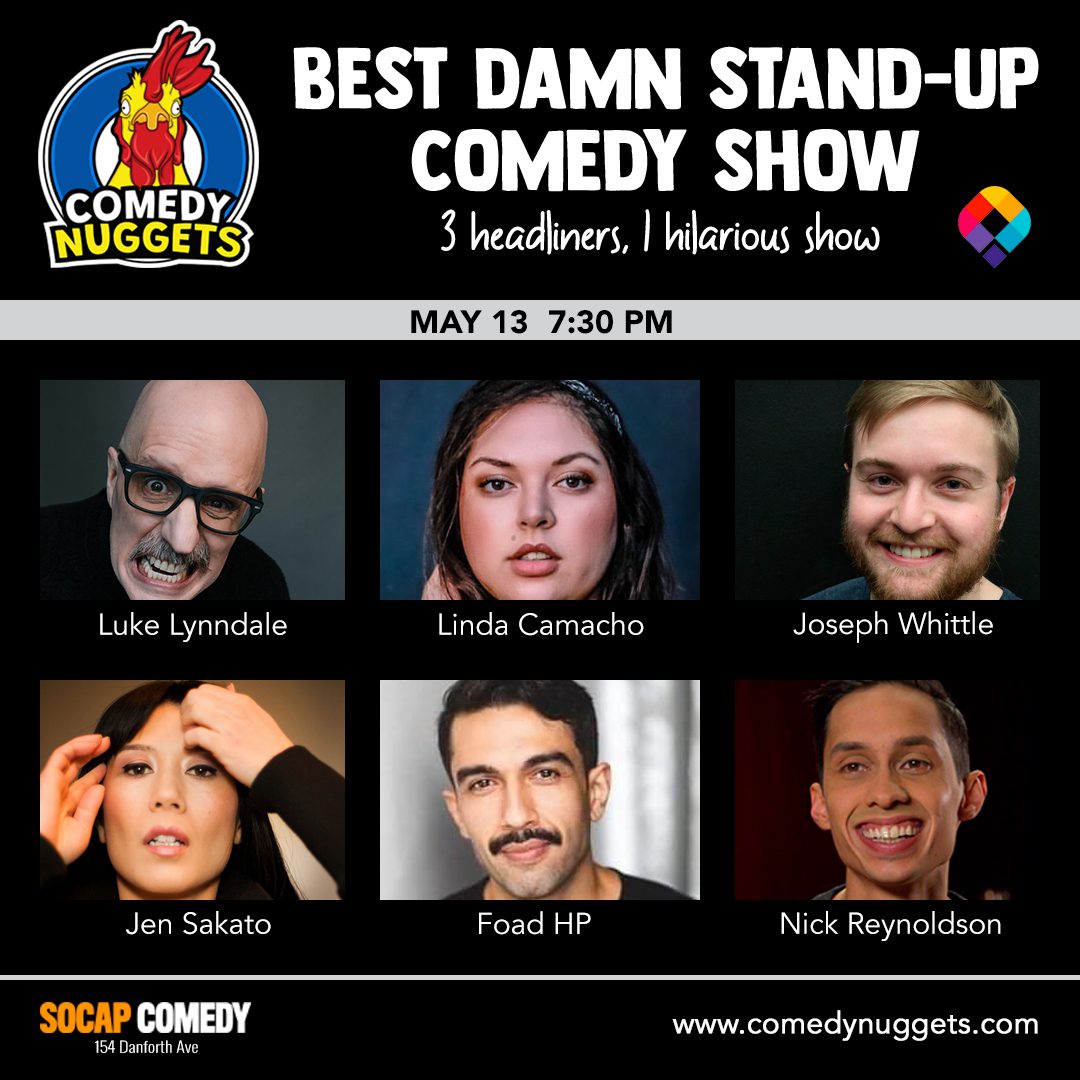 LUKE LYNNDALE
Luke is a Toronto-based comedian. When Luke is performing, hang on for the ride – it’s fast and hilarious. In 2020, he was a finalist in the Comedian of The North comedy competition in Thunder Bay, ON and also performed in the U.S. Comedy Contest (Las Vegas, NV), Vintage Improv Festival (Boston, PA), and the New York Underground Comedy Competition (New York, NY). In 2021, Luke has performed in the Salem Comedy Festival (Salem, PA).

JOSEPH WHITTLE
Joseph Whittle was born near Manchester, England, but at age of 9 immigrated with his parents, and younger brother to Regina, Saskatchewan. A big part of theatrical productions throughout high school and university, Joseph always had a knack of playing uptight businessmen, due to his demeanor, and young children, due to his appearance.Often described by his mother as a “drama queen” and his father as “not as funny as me”, with a Bachelor of Commerce in Accounting and a Diploma in Comedy Writing, Joseph can be seen performing Stand Up, Sketch, and Improv at various venues around Toronto.

LINDA CAMACHO
Linda, a Latina-Canadian comedian, started her stand-up journey in her hometown of Toronto. A graduate of Second City, Linda has been doing comedy all over the city. With her outspoken nature and raw outlook on life, she’ll keep you at the edge of your seat, or laugh you right off it. Linda has performed in shows at Second City’s John Candy Box Theatre, and at the Comedy Bar including the longest running all female-show Merry Janes and The Story with Chong. She also participated in the Flat Tire competition earlier this year and became a finalist.

FOAD HP
Foad HP is an actor, comic, and writer. He has performed at Just for Laughs, Kevin Hart’s Lol Network, stand up NBC, Andy Kindler’s Alternative Show, and his debut stand up album, Persian of Colour, is available on all streaming platforms.

JEN SAKATO
Jen Sakato is an up-and-coming comic from Toronto. She has performed across Canada, at the San Diego Comedy Festival and JFL42. Her commentary on being mixed race, dating and modern life makes her an easy crowd favorite. Check out her debut album, The Dozen available on all platforms!

NICK REYNOLDSON
Hailing from Scarborough, Ontario, Nick Reynoldson has a unique view of the world. Sharp, smart and energetic, this young comic is quickly on the rise. A Runner Up at SiriusXM’s Top Comic Competition, Nick has headlined and appeared in major festivals including Just For Laughs, Kevin Hart’s LOL Network, JFL42, the Winnipeg Comedy Festival, and NXNE. He’s been featured on MTV, MUCH, CBC and multiple national commercials.